This challenge has some lore/story behind, and is specifically designed to be solved using Fault Injection techniques.

Upload the executable .hex to an arduino NANO, and let’s observe the serial output (19200 bauds), we observe the device is somehow “locked”.

Let’s bring our injector closer and cause some glitches: 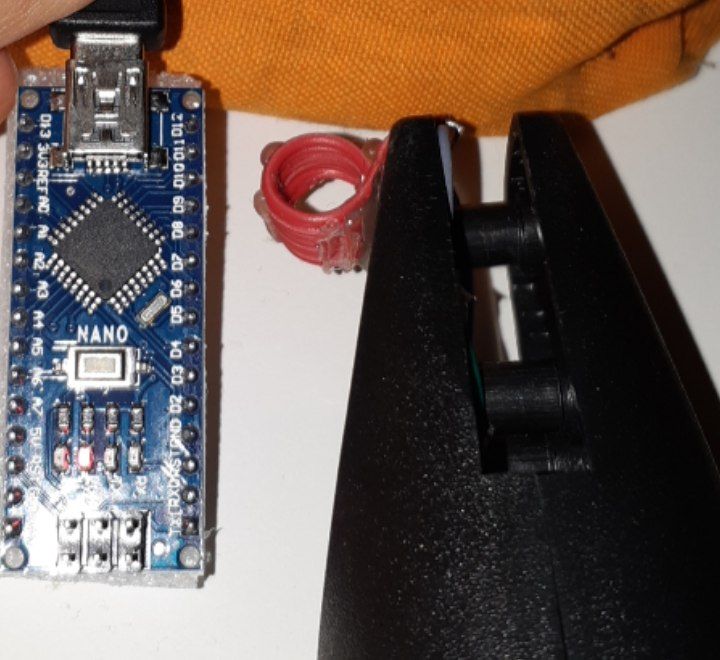 And just like that with only 2 tries we obtain the Flag. With the first EM burst the CPU reset’ed, but at the second I obtained the solution:

FLAG: Why_4m_I_her3?A video proof. You can hear the “click” when the EM is being injected. Followed by the flag.

This challenge was previously solved in two ways. A methodical (and more involved) way, by doing power glitch fault injection, by live0verflow:https://www.youtube.com/embed/6Pf3pY3GxBM
Video featured in Hacking The 3DS part IV.

@LiveOverflow that’s why the RHME2 FIesta challenge was worth only 100 points. ;D ahahaha it was a clock fault injection… pic.twitter.com/QOwjWNVhsl— Julio Della Flora (@jcldf) March 6, 2020